Consent. It’s confusing right? Wrong. Communicating about sex in the right way is something we’re passionate about at the Royals and too often see mistreated. So, frustrated by the Australian Government’s viral milkshake video that all but clarified how to approach sexual consent, we enlisted the help of straight-talking feminist Clementine Ford to clear things up.

The message was blindingly simple. No analogies. No jargon. No BS. Within days of the original media storm, we released our response on Clementine’s social platforms, where she explained that consent is a clear conversation.

The video quickly reached over 1.2 million views and 8.5k shares across Instagram, Facebook and Twitter, and featured on the Today Show and ABC Gippsland. We received a public response quite opposite to the eyerolls and venom directed at the original milkshake lesson - most notably from the parents, educators and teens it had been aimed at. 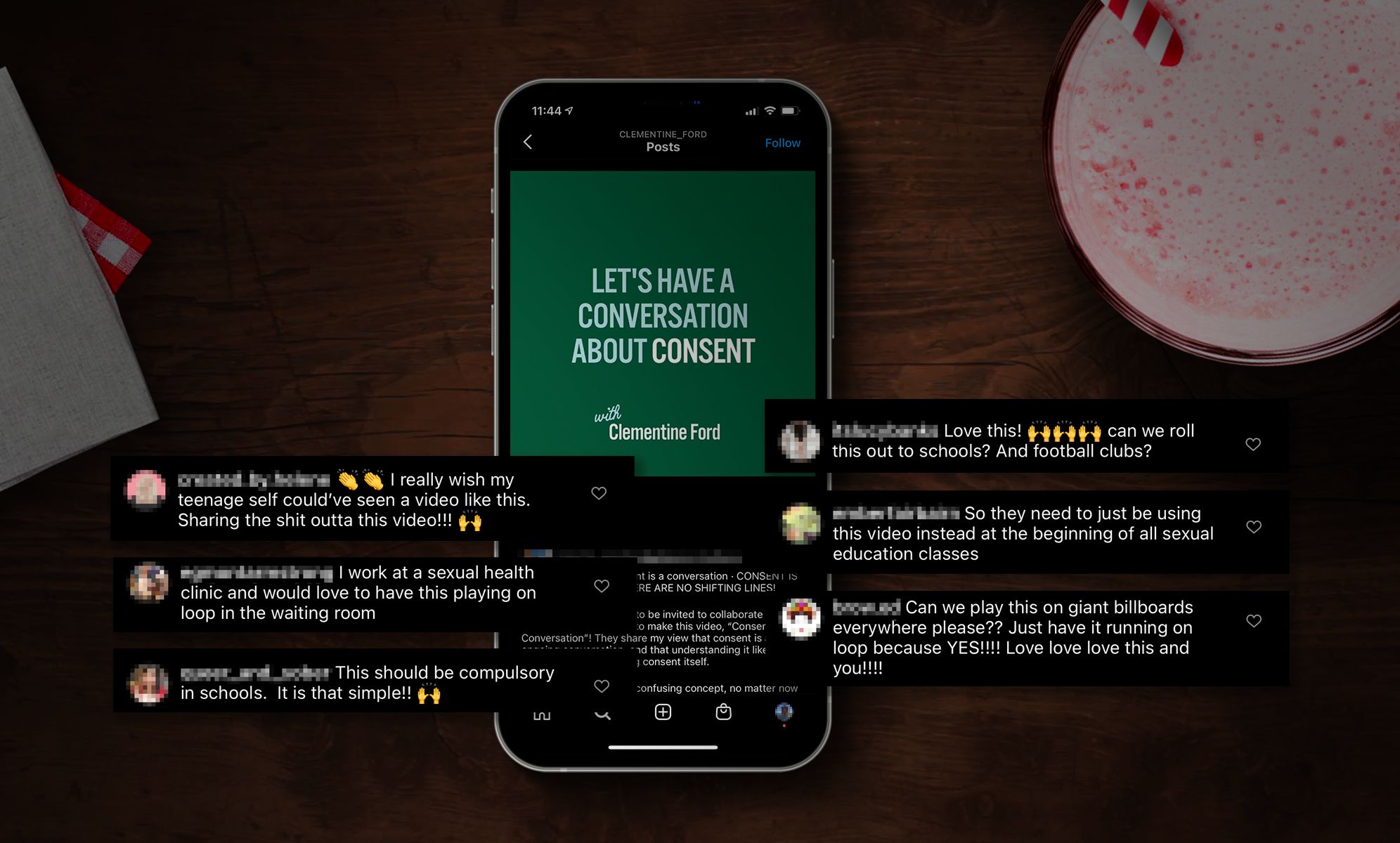